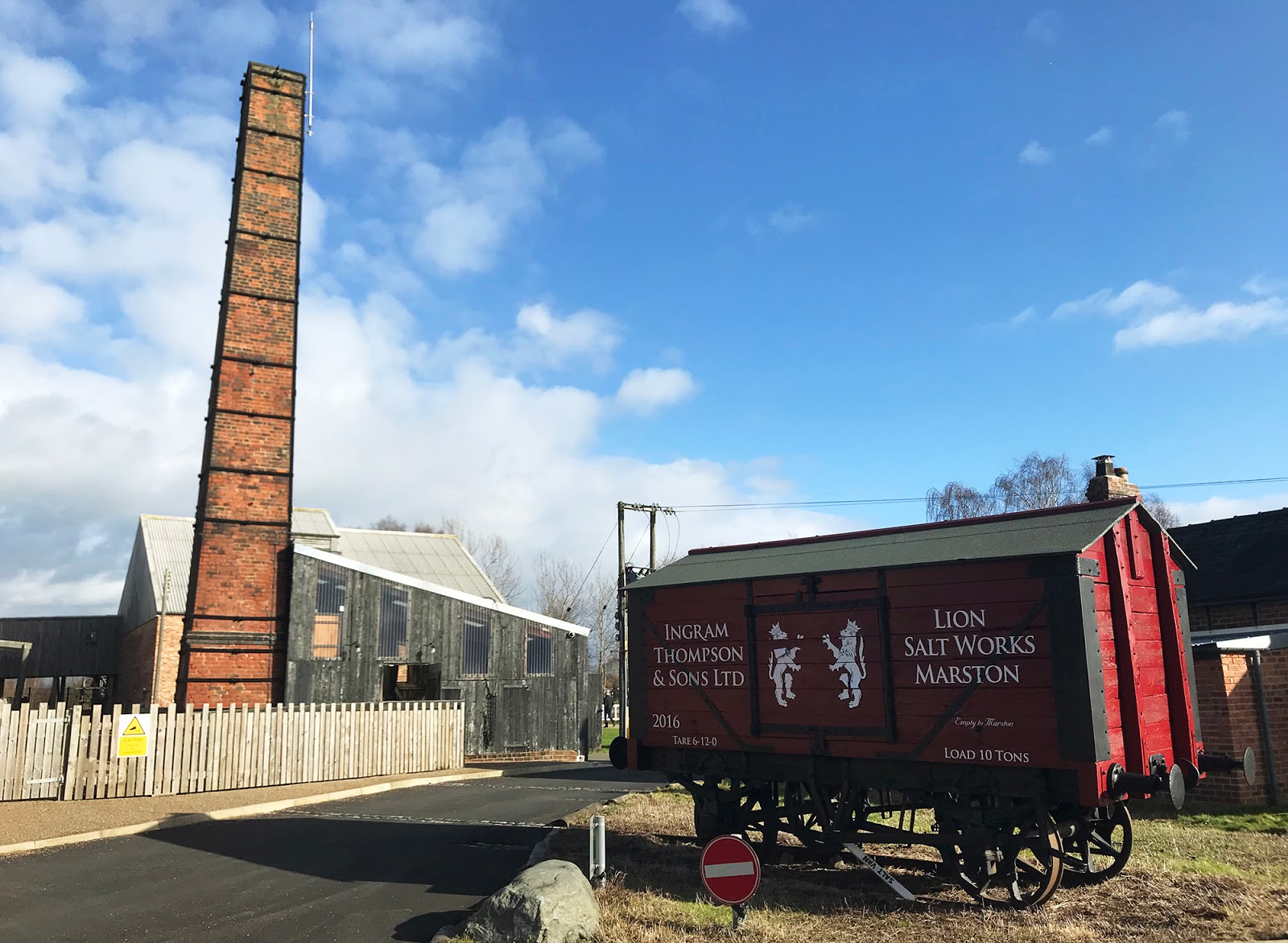 In the small village of Marston, in Cheshire, there is a reminder of the areas (salty) industrial past, the Lion Salt Works.

I really enjoyed my visit to this little gem. I had never heard of it before but while visiting my mum and dad, over towards Manchester, they suggested a visit. Why not! I love history, so a visit to an old industrial site and museum was right up my street.

The first thing that struck me on arrival was the large red brick chimney, rising into the sky above the lower buildings - I do love a chimney. It reminded me a lot of the chimney at a site nearer to my home (and where I worked for a time), Stott Park Bobbin Mill.

Passing by the chimney we entered the lovely little shop and cafe to pay then enter the site.

The salt works is a mix of a recently renovated museum and more run down parts of the original works. The museum really helped to bring the site to life with excellent displays and videos telling the story of salt production in the area from as early as the Roman period. The remaining works, constructed in 1894, are fascinating to see, if a little battered and tattered - but what would you expect after decades of heavy use. 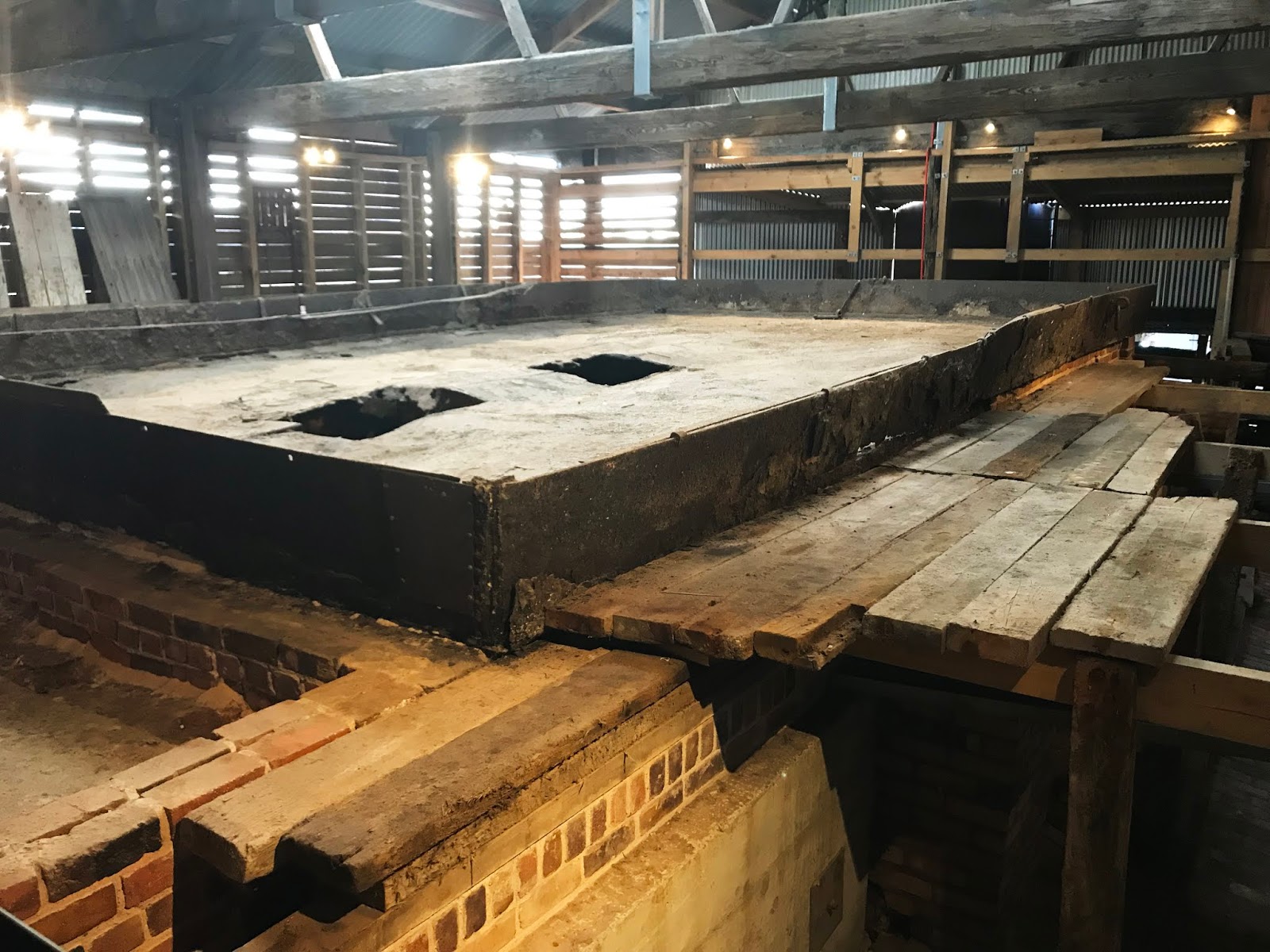 The large salt pans (as seen in the above picture) would have been filled with salt brine, water filled with dissolved salt pumped from beneath the ground, and heated from large fires below the metal pan. The water would boil and start to evaporate leaving behind the salt. Men would stand on either side of the pan, usually topless as it was so warm in these buildings, scraping the salt to the sides with large wooden scrappers. A labour intensive job for sure.

Following this the salt would be scooped out and packed into wooden containers to dry. Once dry the salt forms a large block which is removed from the container and later packed up in branded paper ready for sale.

It's interesting to note that due to the heavy drilling and extraction of the salt from the local ground many sink holes appeared in the near by fields - many of which can still be seen today, filled with water. Some of these sink holes even appeared in towns and villages, causing homes and buildings to collapse. This became such a problem that there was even a pneumatic lift created to help push building back up should they move due to unstable ground.

It was great to find out more about how this everyday commodity was/is processed. You tend not to think about the work that goes into something as simple as having salt on the table but there is often a big process behind such everyday things. I would highly recommend a visit to this wonderful site. 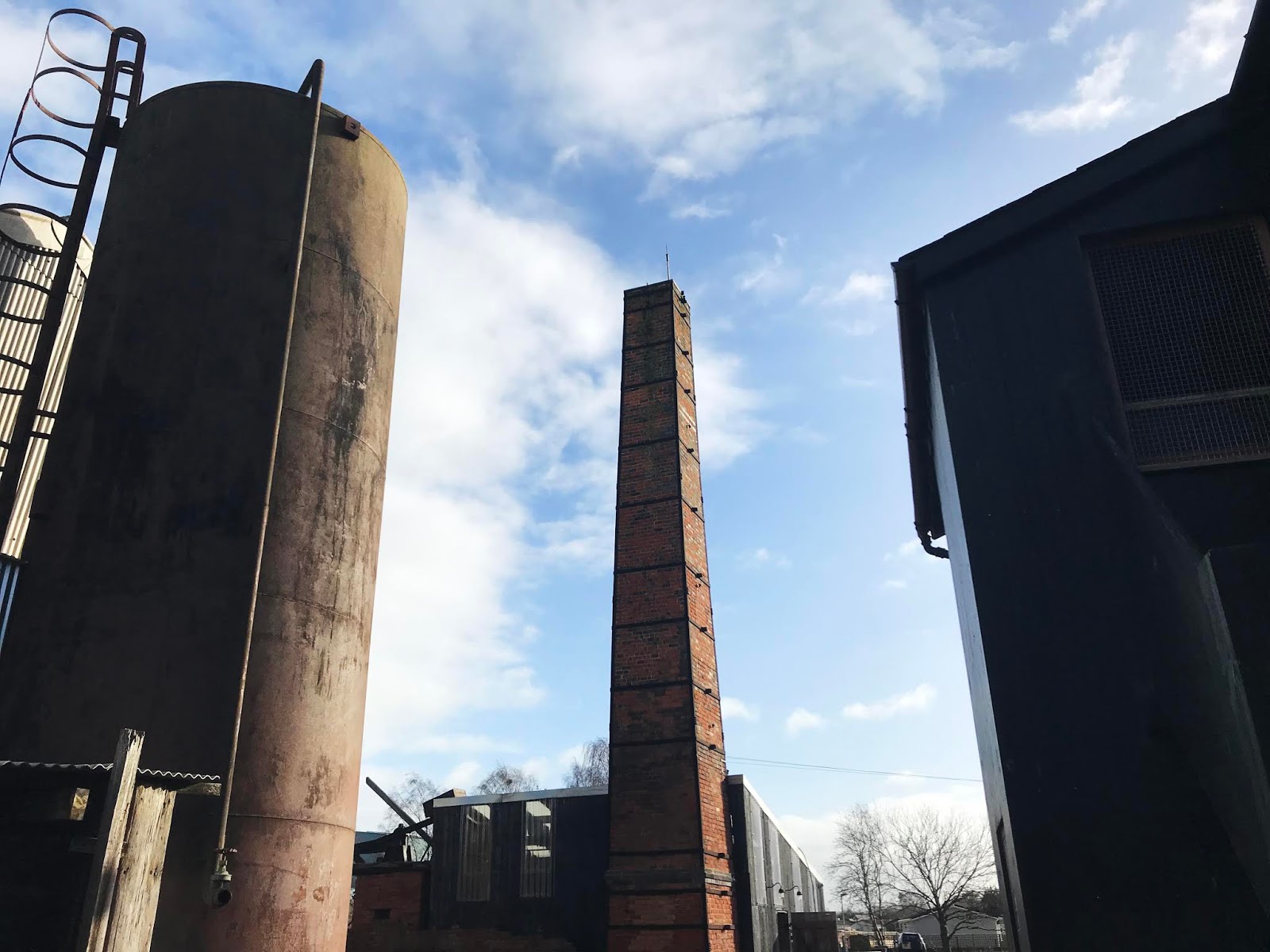 Popular posts from this blog

A deserted Medieval village on the Yorkshire Wolds - Wharram Percy 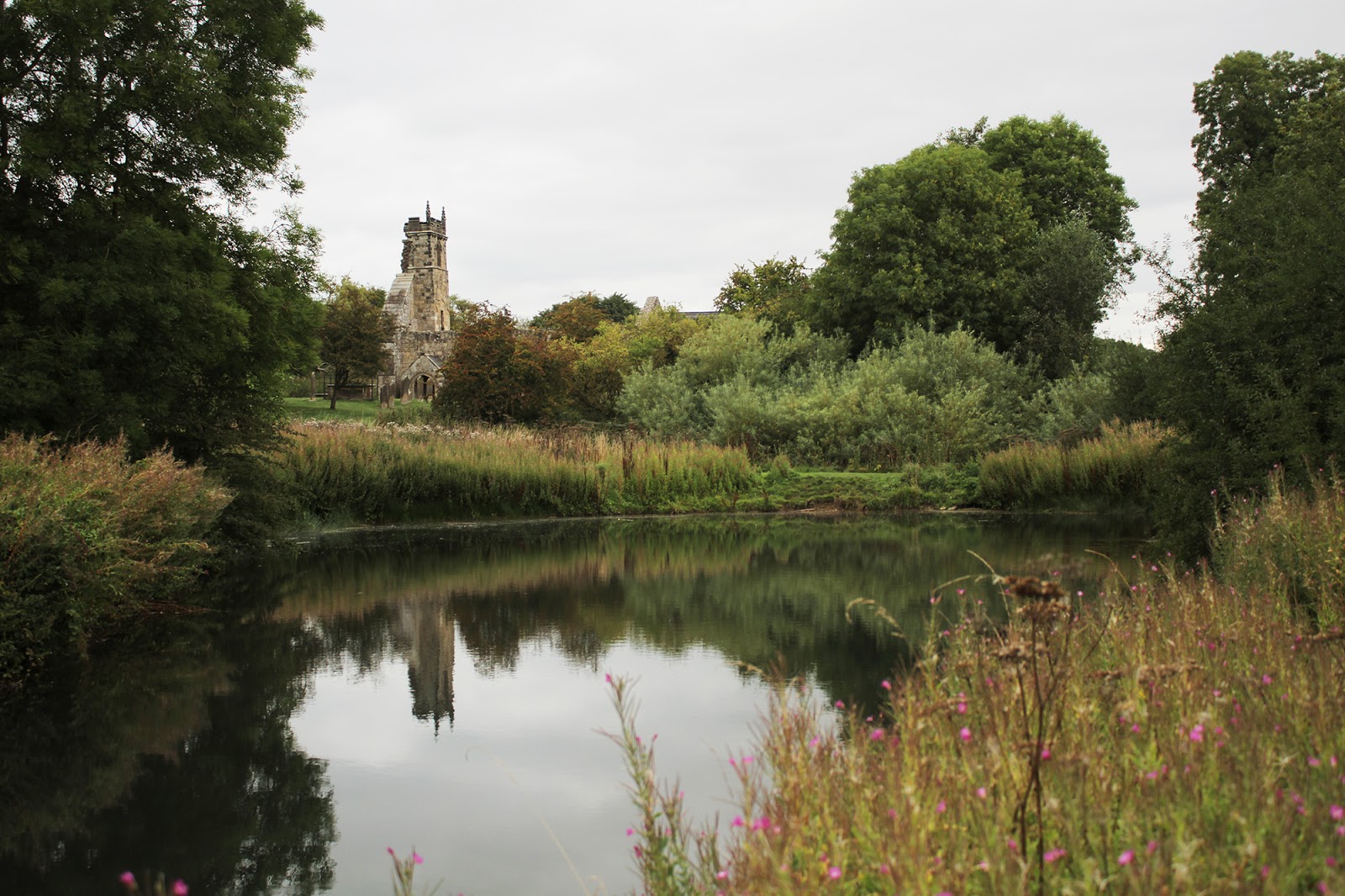 Hidden in a field a good half a mile walk from the nearest road is a fascinating glimpse into our medieval past - Wharram Percy Deserted Medieval Village Located on the Yorkshire Wolds, not far from the town of Malton, Wharram Percy presents an intriguing historic site and opens up questions like: why was a whole village abandoned? I visited this English Heritage site with my fiancée back in Summer 2018. We arrived at the car park mid afternoon, having been for a trip to the lovely Kirkham priory earlier that day. We weren't sure what to expect really. I was desperate to see the site, having a passion for the medieval period - especially for the lower classes of the time - but was unsure if it would be fully worth the trip. On the walk down the hill to the site we past an older couple heading back up (safe to say we were glad we were going down the steep hill rather than climbing up, especially as it was a hot and muggy day). We exchanged greetings with the passing couple
Read more

A Cistercian abbey in the lowlands of Scotland - Dundrennan Abbey

Near Kirkcudbright in the lowlands of Scotland stands a tranquil and beautiful monastery once home to Cistercian monks, Dundrennan Abbey. Dundrennan was founded in 1142 by monks from Rievaulx in Yorkshire and was one of the largest monastic sites in Scotland. It is built in the typical Cistercian layout with the church to the north and the domestic buildings to the south. King David I granted the foundation of Dundrennan and likely saw it as a way of expressing his support of the reform of the Scottish Church. The abbey went on to become the mother house of two more Cistercian houses in Scotland - Glenluce Abbey, founded in 1191, and Sweetheart Abbey, founded in 1273. Dundrennan was the place that Mary Queen of Scots spent her last hours in Scotland. She had been imprisoned in Lochleven Castle, having been forced to abdicate the Scottish throne. She managed to escape and raised an army of 6,000 to go into battle to reclaim the throne. She was defeat at the Battle of Langside
Read more

All images, video and text within this blog are Copyright © The Time Tourist and may not be reproduced without express permission. 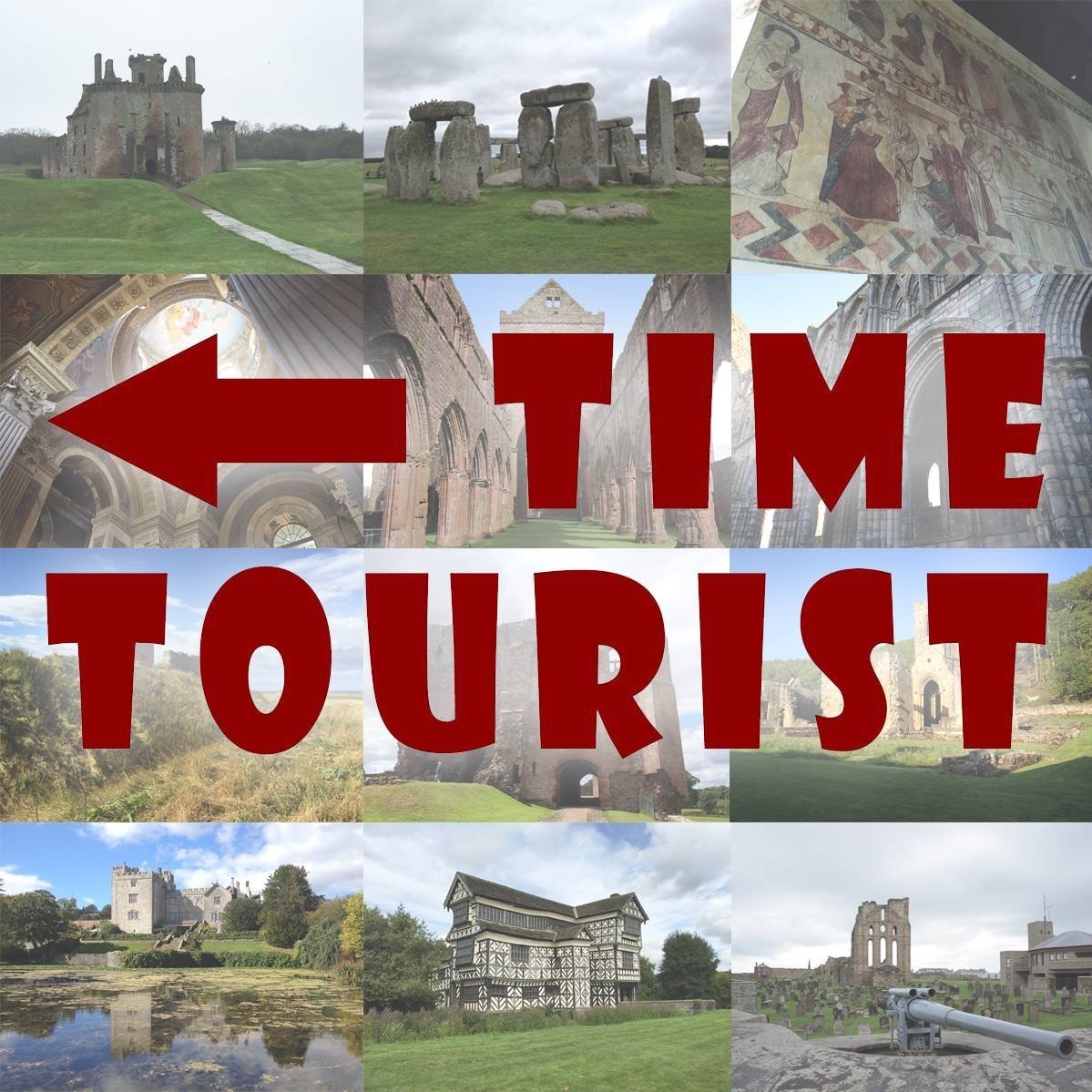